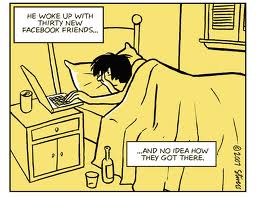 That’s the advice I was given after a drunken night of debauchery.  As Leotine said so perfectly “last week was touristy stuff, you guys are the party.” I think we certainly did the bar and retreat proud with our celebrations. In fact hanging out with the girls and going around New Orleans was definitely the highlight of the trip.

I had considered blogging our trip day by day but let’s face it, I’m just not that kind of blogger. Not to mention I’m pretty sure the other girls will give play by plays since they are those kind of bloggers and well, I’ll leave that kind of work up to them. Also I can snag their great pictures that way too. I was kind of lazy with the camera on the trip.

So let me start this day’s post (there will be multiple days) with what I liked about this trip. There is a lot of stuff to talk about regarding the GRL retreat, some good but mostly the conference/convention/retreat was a HUGE missed opportunity. That’s not to say it wasn’t well organized, because it was, but it definitely suffered from not quite knowing what it was. I’ll get into that as well as meeting some of the authors (again, some good and some not so good). I know everyone is on a high from the retreat and I’ve yet to hear that it was anything but “OMG FABULOUS!” While I had a fabulous time last week I’m also not going to lie or sugarcoat things, especially where I personally think the retreat fell down.

But that’s for another day and another post because I can actually start with the positive and today’s post will begin with that. As I said meeting people was the highlight of this trip by far. Getting to meet and hang out with Leotine and Janna (two gorgeous girls from the Netherlands), Tracy, Chris, Kris, and Tam. We had a great time just walking around the French Quarter, eating meals, hanging out, chatting, drinking, and above all laughing. These are all very intelligent, well spoken women that are very funny. I feel really blessed to have been on the trip with them and to be able to laugh, joke, and be at ease. Everyone who met them loved them with good reason.

Incidentally I also found it very entertaining when random people would say how nice these various women are. Yes, of course that’s VERY true but let me tell you some of these wonderful women have a stealth bitch side, but you have to pay attention to see it. No one really sees those sides so it’s amusing to watch these interactions happen over and over.

Aside from the great city and wonderful company, the gay bar drinking was pretty stellar as well. Lafitte’s In Exile and the truly wonderful bartender Jim were not to be missed. We partook in his skills a couple of times and never regretted it. We may have been hung over but definitely no regrets. Especially because I now know to lay on my side when drunk so I don’t choke on my own vomit. (Not that I was ever in danger mind you but good tip!)

Meeting several authors was also a highlight. Most of them were very nice and a couple of them stand out as funny, personable, and always great to talk to. I won’t name names just yet (oh I’ll get there, you know me) but having actual conversations with some of the authors was incredibly enlightening and satisfying. A few had a wonderful sense of humor about my reviews, but more so they were real people without pretense, which wasn’t always easy to find.

That’s it for now but there is a lot more to come. I’ll be reviewing the retreat (can’t resist) and there were SO many interesting things that happened. Funny how authors never really think to look around when they’re talking smack about other authors, publishers, reviewers, and readers. I’m not above eavesdropping but sadly I didn’t have to try! (I kind of wanted to stealth it but totally unnecessary)…I’ll even share a few pictures I don’t remember taking but they’re pretty fun and show some great authors and gorgeous bloggers. Yea, yea I’m biased but the girls were that and more.