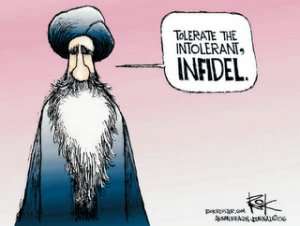 Recently I had a discussion with a long time friend of mine during which the topic of gay marriage came up and eventually led to a lengthy and fascinating discussion. I realized many things about my beliefs, and furthermore actions, during this conversation and even more about my long time friend.

I’m not entirely sure how the topic came up, probably topic association, but my very liberal friend of twelve years comes out with the following statement regarding gay marriage:

“I’m not sure how I feel about it to be honest. My faith tells me that marriage is for a man and a woman only but my common sense tells me who cares. I’d never actively vote against it for someone but I’m not sure I could vote for it either.”

This statement didn’t really bother me to be honest and we discussed the pros and cons of gay marriage for a while and why I felt it was a basic right for all people and not necessarily a religious or gay issue. He made some excellent points, even if I disagreed with them. This was an interesting discussion between the two of us that I was enjoying but at some point my friend blurts out something that did disturb me.

He says “You know I don’t care if someone’s gay but why do they have to throw it in your face? I don’t get these openly femme or flamboyant guys. They bother me. They make me uncomfortable.”

He continued on in this vein for a few minutes while I was silent. I was wondering whether I’d misjudged him and he was actually homophobic. I started to think about all the times he’d made jokes that seemed wrong or his use of the word “fag” which never was to gay people but always to some of his more idiotic friends. I was wondering if I was seeing a side to him I just didn’t want to see.

So I started arguing all the reasons why he should be ok with it. How gay people have been ridiculed and made to seem worthless over choices they can’t help. How we can express ourselves in a multitude of ways and why shouldn’t everyone else and so on. I pointed out how confident and secure of a man my friend is so why should he care if another man is more feminine or outlandish.

The back and forth went on for about 30 minutes before my friend just stops and says “Why can’t I just be allowed my feelings? Why am I not allowed to be uncomfortable?  Why are you making me feel bad because I don’t agree with you?”

I immediately stopped talking and thought about what he said. I’d been fighting hard because I wanted my friend to be open and accepting and above all, NOT homophobic. I wasn’t taking into account that whatever his beliefs, I’ve personally seen him stand up for a variety of people (gay/flamboyant/straight/freakish) both verbally and physically if he thought something was wrong. He’d never physically or verbally assault another person just because he didn’t agree with them or felt uncomfortable. So why wasn’t he allowed his feelings?

I think in hunt for acceptance and open minded culture, we forget that not everyone has to feel the same way. At that moment I wanted so badly for my friend to believe the same way I did that I neglected to realize all the various experiences and differences that led to his feelings. That he, while a very good person, doesn’t have to feel the same way as I do to still be supportive.

I’ve especially noticed a trend for this among the m/m community and blogs. After being away for a while I look through some of my favorite sites and they’re littered with tons of information on how to be the most sensitive to everyone. There are rants about if you’re not exactly politically correct and not being as sensitive as possible, then you’re homophobic or a bigot.

I don’t think it’s ever ok to offend someone and if it happens, then knowledge and education should be the weapons. I worry that our intolerance for intolerance swings too far in the wrong direction. This isn’t a new issue or anything surprising but it came home to me personally in a very real way recently.

16 thoughts on “Being intolerant of intolerance”