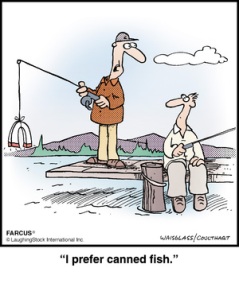 Lately I’ve been thinking about the thin line between love and hate. That small area between a flawed character that everyone praises and loves as authentic or genuine versus the too stupid to live kind that have bumped over that line.

I really hate perfect characters. The Mary Sue/Marty Stu’s that are so perfect they fart rainbows. Everyone loves them and these characters have never met an enemy or an empty bank account. If I come across this kind of character I want to drop kick it off the Eiffel tower and hope it hits every rivet on its journey down. Perfection is boring, it’s ridiculous, and rarely is it fun to read.

So clearly flawed characters are much more appealing. I like it when a character has some grit, when they’re not perfect. I’ll even take a raging asshole over perfection. I like it when someone has to struggle, thus making the happy ending more worthwhile. I don’t mind if they change or become better, but that’s not the point nor even necessary. I want the character to have some depth, some angst (of some kind), and something that makes me root for them.

Yet that line of creating a deliciously flawed hero you can root for and get behind is oh so close to creating a terminally flawed idiot that would most likely drown in their own sweat.

[As an aside, has anyone seen What Would Ryan Lochte Do? That is an example of a TSTL real life human. Poor man. Hope he’s watching his pennies.]

One example I can think of is when the author clearly knows their character is stupid or acts stupidly. Part of this makes me feel like we’re in on the joke together. The author doesn’t expect me to buy this, they know how ridiculous it is too! But this also backfires because if everyone – the author, all the other characters, and me as the reader – know this person is being a total moron, then the character has slipped over the line.

Or perhaps even worse is when the author doesn’t seem to realize just how much the character is a simpleton. They need some kind of drama or misunderstanding so bam! Stupid actions or ridiculous leaps in logic, anything that will get to the ultimate plot goal. By this I mean the more than usual events. The ones that are so over the top you actually stop and say “really?!” Of which I have, many times. I wonder if the author either doesn’t know a better way to go about this or they think readers won’t mind.

I’m sure this line toeing can’t be very easy. I admire authors who can create a wonderfully flawed human being that is not perfect, doesn’t act perfect, and yes does stupid things but has a core of natural honesty about them that makes you believe in them. It just bothers me that these seem to be the treasured finds.

What about anyone else?
Do you like flawed characters or do you find they’re often too stupid to live?

8 thoughts on “Flawed vs TSTL”