Recent events around the blogsphere have been scary to say the least. With actual attacks on reviewers and stalking it can be a scary place for reviewers. I personally don’t feel anything justifies stalking and physical assault and expressed that sentiment like a broken record to anyone I spoke with. There seem to be even more cases of the vocal minority (authors behaving badly) that seems to get attention.

What I’d like to take a moment now that some of the fury has died down to talk logically, rationally, and I very much hope, appropriately, about expectations of both authors and readers/reviewers. 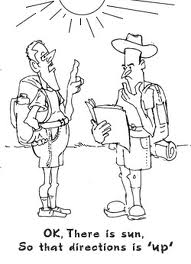 Now again for the record, I don’t feel ANY behavior warrants illegal activities, including threats, stalking, and assault.

I think both authors and readers should adhere to the above statement. I had a very real and visceral reaction to the stalking and violence of the two (of no doubt many) episodes above and struggled with the comments of authors who wanted to talk about the potential bad behavior of the reviewer. Then there were the arguments that because something worse had happened to the reviewer, being stalked and confronted in real life, that whatever written comments were expunged. I don’t think any potential bad behavior justified the consequences for sure but I can understand the frustration of authors who don’t get to have logical and civil conversations about harassment they experience. I don’t think authors, logical and sane authors that is, defended or supported Hale. I think many simply want a conversation that talks about the harassment both sides experience. Talking about the reviewer in question is not the place, there’s too much misinformation and speculation without facts as to what the reviewer did or did not do/write. So let’s leave that particular incident alone and talk more generally.

It’s well known that authors shouldn’t, or in fact can’t, reply to bad reviews. I’ve long held the belief that this is stupid and silly. If I can say that something I read is “so unbelievably bad that I wanted to set it on fire” then someone can and should be able to say to me “I disagree and here’s why.” I believe there has to be a level of civil discourse involved because the anonymity of the internet allows people to give too much free reign to their inner juvenile. However if both parties are logical and neutral without dissolving into name calling and insults then a real conversation can be had and perhaps something learned. Maybe I’ll learn why the author did something I deemed “ridiculously unbelievable” and perhaps the author will understand the perspective I had while reading said book. Ultimately reading and reviewing is an intensely personal experience. No other reviewer will have my experience, both generally in life and reading, and I will never experience the author’s pure vision for their story. That doesn’t mean we can’t discuss it and try to enhance the experience; after all isn’t that one reason we all are apart of this community because we want to discuss books with others.

Harassment goes both ways though unfortunately. Just as authors can and do harass readers and reviewers, the same is absolutely true of readers. I’m always surprised, though I shouldn’t be, when authors rant against reviews but honestly I’m even more surprised when a reader harasses an author. I can understand an author taking a bad review personally enough to want to rant from an emotional place, though almost all authors are intelligent and savvy enough to know that logically the review has nothing to do with them personally nor a real affect on their work. It’s why authors must be intelligent with a healthy dose of sanity to survive in such a subjective business.

What I don’t understand and can’t imagine is a reader taking a book so personally that they place whatever anger and feelings they have from the work of fiction onto the author and feel justified in harassing them. Wishing an author would die or trying to get people to gang up on a particular author is behavior that mystifies me. I’ve spoken with authors who say they’d love to shine a light on the harassment they get from readers but feel as though they can’t since almost everyone identifies as a reviewer and so they can’t say anything.

There is a big difference between ranting against a bad review and exposing harassing behavior. I’ve had authors send me long emails tearing apart my review of their work and I don’t consider that harassment. It’s not. They’re usually not reasoned arguments but if they were I’d welcome even more. But I also think that if someone is going to “review” a book then they should do so in at least a logical, if not professional, way. If you wouldn’t want an author swearing at you, don’t do it to them. If you’d be offended by an author using the same language towards you that you used in a review, then it’s best not to post that. I think of those things as common sense and courtesy.

Ultimately there are too many other books to read to obsess over a book or an author that doesn’t suit someone’s taste. Remark on it, move on. I know I’m speaking to the choir.

2 thoughts on “Why I think the pendulum swings both ways”